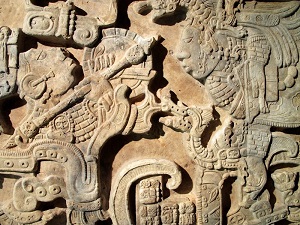 The dictionary definition of Phlebotomy is, “The act or practice of opening a vein for letting or drawing blood as a therapeutic or diagnostic measure; venesection; bleeding.”

Phlebotomy’s history actually began as “Bloodletting,” which was first practiced by the ancient Egyptians around 1000 BC. It was believed that literally letting blood out of the body would cure diseases like acne or the plague, and some believed that the practice would even cast out evil spirits.

Bloodletting became popular and spread to the Greeks and the Romans and then through Europe in the Medieval era. The thought surrounding the practice was that blood was stagnant in the extremities, not flowing through the body as we know it does today, and thus would cause disease. Releasing the stagnant blood would cure the patient by forcing the blood to move.

By the 1800’s the popularity of bloodletting was high. For the procedure, the physician would make an incision in veins or arteries. They also used ‘cupping’, a method of blistering the skin so blood could be released from the blisters. Leeches were also used to suck up blood (apparently they can suck up ten times their body weight in blood). Bloodletting at the time was used to cure acne, asthma, cancer, cholera, coma, convulsions, diabetes, epilepsy and much more.

Did bloodletting work? It may have in some cases. If a person had high blood pressure, perhaps releasing some blood may have helped. If a person had a high iron level, blood-letting may have reduced it. Of course, there are those people who truly believed it would help, so it would; today, we call it that placebo effect.

Of course, releasing too much blood from a body will do irreparable harm. An example of a failed blood-letting is the death of George Washington, yes, the George Washington. He had a sore throat, which was not really significant, until he woke one night and had difficulty breathing. A doctor was called, but before the doctor got there, George Washington ordered an employee to “bleed” him. When the doctor arrived, he bled George again. Eventually, George requested the bleed to stop, but he was bled yet again. Doctors speculated that George probably had a throat infection, but having been bled probably hastened his death.*

Phlebotomy as we know it today has a different use. It not used to simply release blood from the body, but to acquire a sample of blood from a patient for diagnostic tests under a physician’s orders. Moreover, taking a blood sample is a quick, safe and virtually painless procedure, performed by a certified phlebotomist, in a healthcare environment, using sterile tools вЂ”thank goodness.

CCI Career Training Centers are located in the Dallas-Fort Worth Metro area with Online Classes available Nationwide. We have locations in Dallas and Arlington. Get Directions for Dallas » ,
Get Directions for Arlington »
Facebook-f Twitter Youtube Instagram 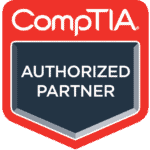